Artificial Intelligence, AI, is continuing to advance. But in many AI initiatives, a critical component is missing. Read about why Human-Centered Design is critical to succeeding in the AI space, and how you can get started.

The excitement of artificial intelligence continues. We keep hearing grand promises of a complete re-shaping of organizations and society thanks to big data and AI-powered projects. Media reports on new technical advances, and it’s easy to get the feeling that new “artificial minds” are outperforming humans in more and more domains, ranging from healthcare, transportation, logistics, and financial investment, to games and even creativity.

At the same time, recent studies estimate that 60 percent of data-driven and AI projects fail to even launch. And we also hear many concerns about the risks with AI, such as robots taking people’s jobs and how negative bias can spread fake information that can amplify and distort public opinion. These problems require us to think about AI as “augmentation” or “extension” of human intelligence, rather than AI being self-contained “artificial minds” for automation. 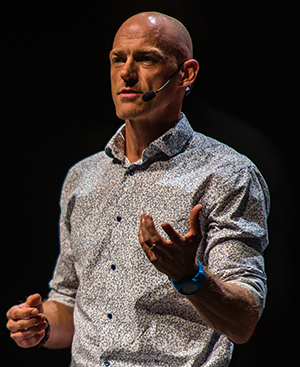 In other words, success in this space is not only about data and algorithms. Value is not in the algorithm itself. Value is instead derived from algorithms that have been designed for the context where they should operate. This means that you need to start from the desired impact and base your AI-driven services in human behavior. You have to realize that the paradox of automation states that humans operating within an AI-augmented context need more skill – not less – to be successful since the ability to manage hand-off and take-over between human and system is complex.

I’m claiming that successful AI should not aim at replacing human intelligence, or that AI is de-skilling workers. The future of successful AI instead lies in the ability to design for human-machine collaboration. It was concluded by chess grandmaster Gary Kasparov, several years after having been beaten by IBM’s Deep Blue chess computer, that the best performing chess player is a combination of human, machine and method. The interesting thing is that in freestyle chess competitions – where any arrangement of humans and computers are allowed – winners are often a team of human players that use the input from several computers. Amateur human teams use their strategic guidance combined with the computation power to consistently beat single human chess grandmasters and chess computers. This is known as Kasparov’s Law and it states that “Weak human + machine + better process” is superior to “Strong human + machine + inferior process”.

In the business context, this means that the value lies in implementing AI technology from human behavior and process perspective. An AI project that only concerns itself with data and algorithms will miss the overall environment where value and impact are created and derived. I argue that this environment needs to be designed from a human-centered perspective. And that requires us to qualitatively assess human behavior, decision architectures, information flows, and culture, as well as aligning business strategy with outputs, outcomes, and ultimately impact. Only by contextualizing AI, humans, and process can we achieve the desired impact.

This is what human-centered design is about. By taking a holistic perspective of the service platform, you can strategically reason how such a platform can augment humans – both internal workers and end-users – and provide magical user experiences.

Do you want to learn how to work with augmented service platforms, and understand how to contextualize AI technology to create value and impact? One way to start is to join us in our open course on Human-Centered AI in December.