Yay! This year's From Business to Buttons conference was amazing! It was Lindsay Aitchison, Space Suit designer at NASA, Jake Knapp, Author and Creator of the Design Sprint who’s been working at Google for 10 years, Kim Goodwin, Author & Design leadership guru… And many more.

The first speaker at this year's From Business to Buttons was Jake Knapp. He is the creator of the method Design Sprint that he developed working at Google and Google Ventures for 10 years. He is also the author of the New York Times bestseller Sprint.

– I used to design products, but then I thought… Maybe I could design time in the same way, says Jake Knapp, during the talk.

The next speaker was Lindsay Aitchison, Space Suit designer at NASA. Who gave very interesting design thoughts from, well, an unusual angle. 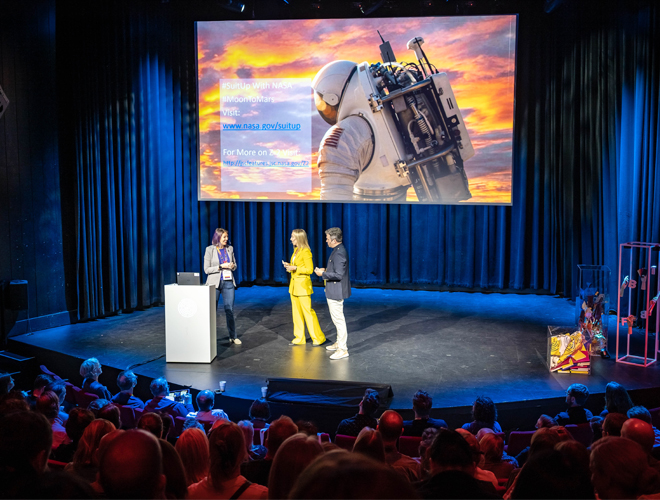 – When you are in space you have to do some things different…, says Lindsay Aitchison.

A tweet from another FBTB19 speaker present, about Lindsay's talk. 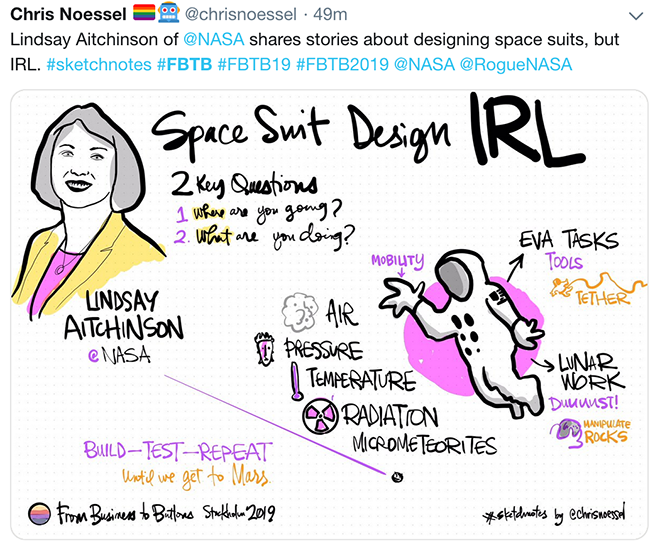 After the first break, Neha Kumar entered the stage. In her talk Designing for Intersections, she delivered quite a few eye-openers. 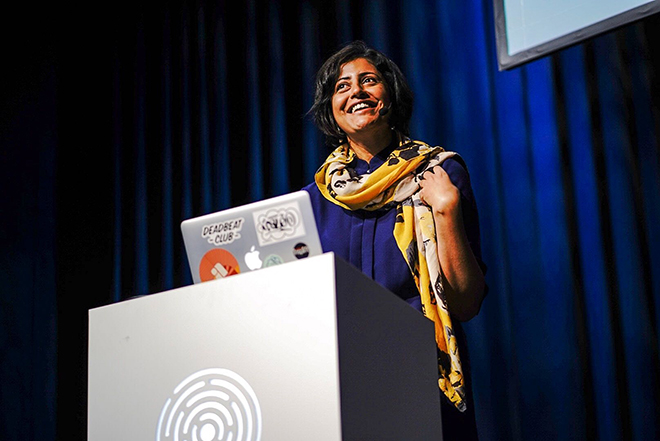 Then followed the Animation expert Val Head, Design Advocate at Adobe. Her talk Purpose and Style: Using motion with meaning in interfaces, meant a lot of hands-on methods on how to use animation in a great way. 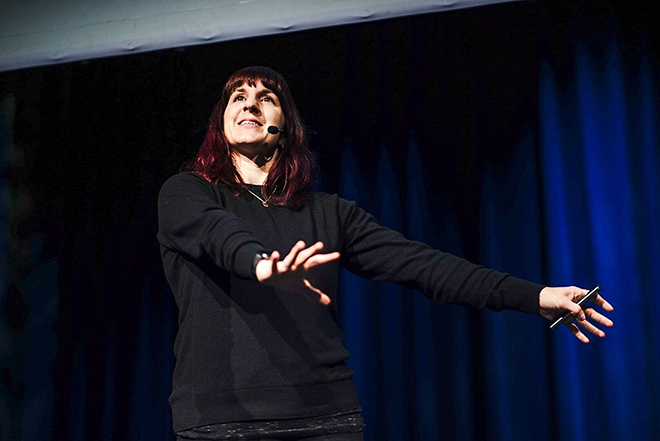 Right before lunch, Marc Stickdorn gave his talk Doing is the Hard Part: How to Embed Service Design in Organizations. He started with the question: "How many in here know what Service Design is?". And then he took us on a fast and intense journey. 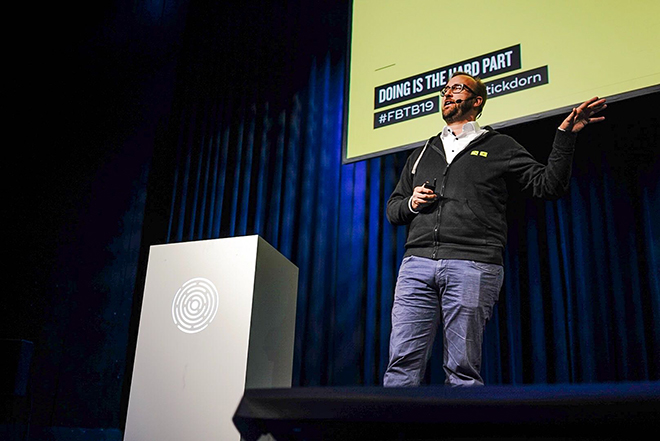 – We need to have happy employees to get happy customers, says Marc Stickdorn. 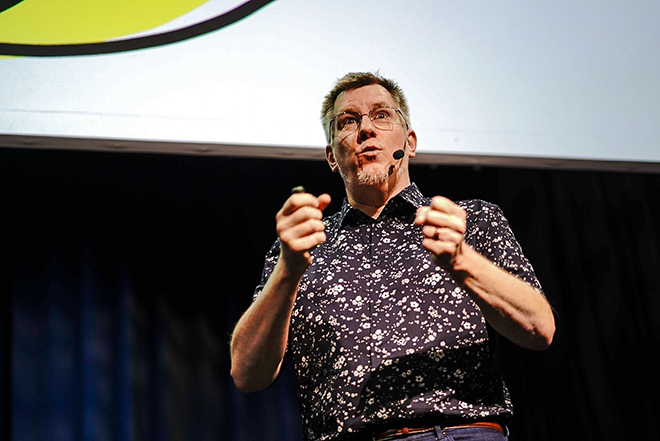 After lunch, it was time for a deep dive into AI. Christopher Noessel gave his talk Catch Up to Agentive Tech: AI with Chris.

– It's a new pattern and it's an expanding pattern, says Christopher Noessel. 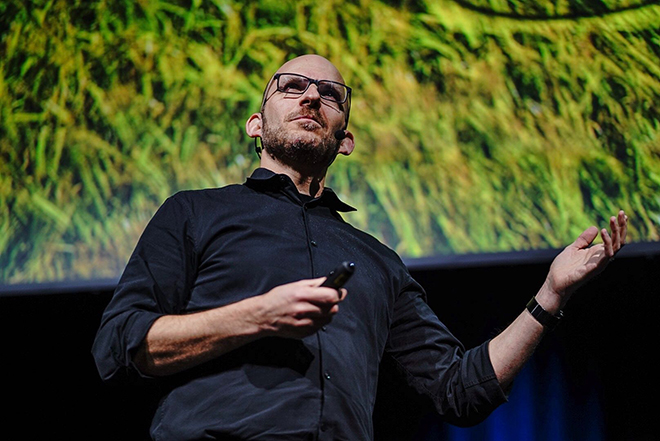 Jeff Gothelf, Author of Lean UX, talked about wheat farming, but in the light of lean UX. And now we know that John Deere is the Harley Davidson of farming. 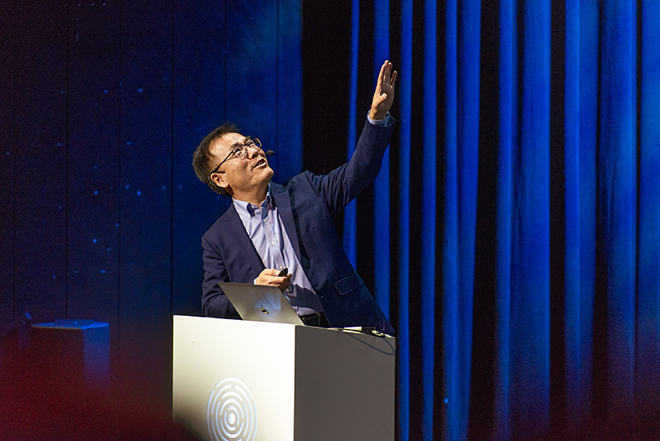 Sr. Director User Experience at Alibaba Group, Paul Fu, told us about the latest work at Alibaba in his talk AI Design and the Future of Experience Design. We also got some overwhelming thoughts of scalability in Europe vs. China.

As number nine out of ten speakers, Laura Kalbag talked about a very important matter – accessibility. The Designer & accessibility expert gave her talk Disruptive Design: Harmful Patterns and Bad Practice. Among other things, we learned the difference between accessible and inclusive design. 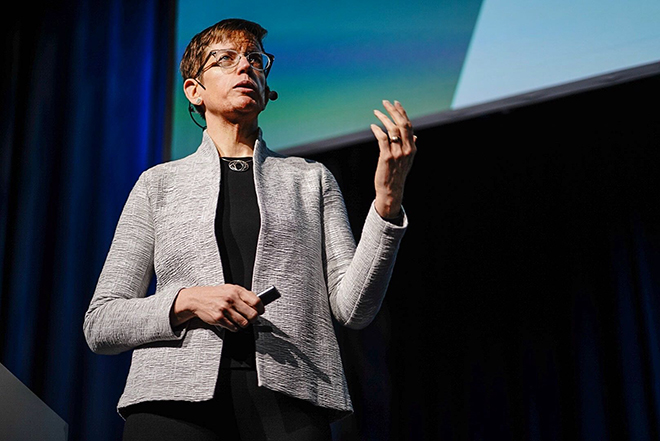 The final speaker at From Business to Buttons 2019 is a favorite, she has been at FBTB before. The Author & Design leadership guru Kim Goodwin gave a wonderful talk called Organization as Designed System.

– We need to evaluate, how human-centered are we, says Kim Goodwin.