Between talks, including my own, I put together a small report from Interaction16 in Helsinki.

The theme of this year's conference was What's next which sparked a big interest, 440 submission for talks were received. Interaction 16 started March 1 and ends today.

It's a well organised conference that are very vocal about their code of conduct and the fact that no type of harassment is acceptable.

The first day started with an inspiring keynote by Marko Ahtisaari which begun with music to remind us of the opportunity to pause and reflect that this type of conference offers. To get that point across even more he quoted Joi Ito at the MIT Media Lab: ”I don't like the word "futurist"...I think we should be now-ists. Focus on being connected, always learning, fully aware and super present.”

Sometimes easier said than done, but if we never pause and reflect we always risk running in the wrong direction and not realising it until we end up in the ditch. 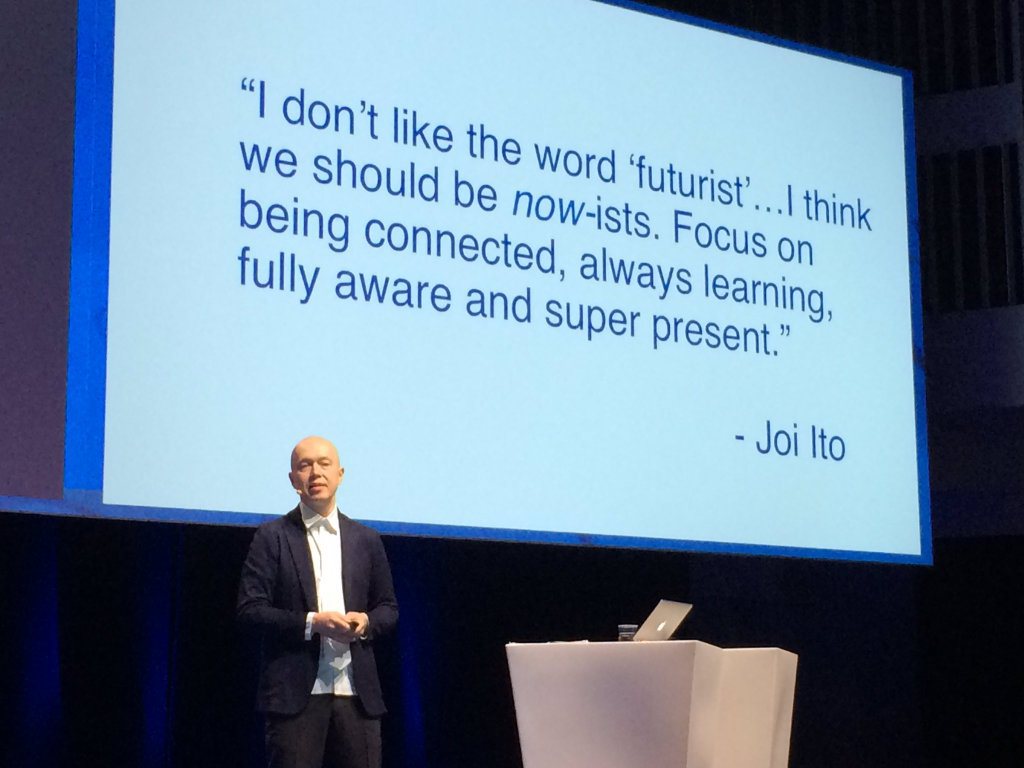 It's always interesting to listen to what the people at gov.uk are up to, and John Waterworth held a great talk about their design patterns. With the principle "Evidence over opinion" they´ve been able to make substantial improvements, for example by removing the progress indicators when research showed they were never used and instead focusing on the order and wording of questions. I was also very glad to hear that they are addressing the matters of gender and sex, and avoiding asking when they question is not necessary.

Avoiding asking about gender when it's not necessary was one of the key points of my talk (Slideshare here), you should always start with why whenever you're asking about something that might be sensitive to the user. Many gender questions can be removed, and by removing them you're automatically including more people. Starting with why is also a key aspect of impact mapping, which is a great tool to use if you want to avoid bias messing up your design. 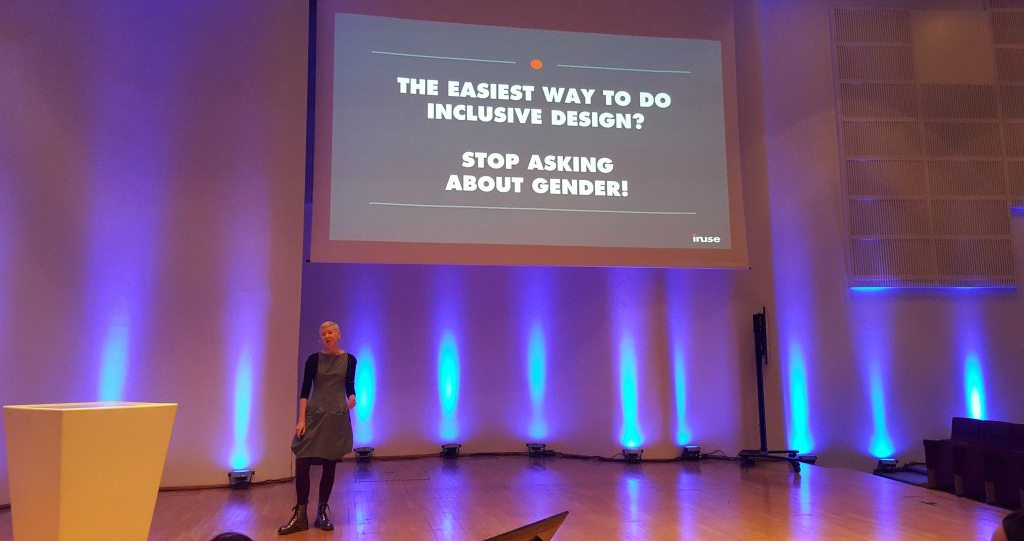