I've been home in Sweden for a couple of days and have had some time to digest all the impressions from the Interaction16 conference.

A common theme of the conference was that of robots and artificial intelligence. Kate Darling's keynote on Robot Ethics managed to pinpoint an important aspect - the fact that robot ethics is not about robots but about us. There's no escaping our inclination towards anthropomorphism where we project humanity onto non-human entities. We respond to social queues from robots even though we know they are artificial, and we feel bad when the robot dog Spot from Boston Dynamics is being kicked.

Kate quoted Immanuel Kant saying "He who is cruel to animals becomes hard also in his dealings with men", and the same principle is probably applicable to robots too. If we are cruel to robots there is a risk that we become cruler towards other human beings as well. This also entails that if we practice kindness with robots it can help us become more empathic towards humans. 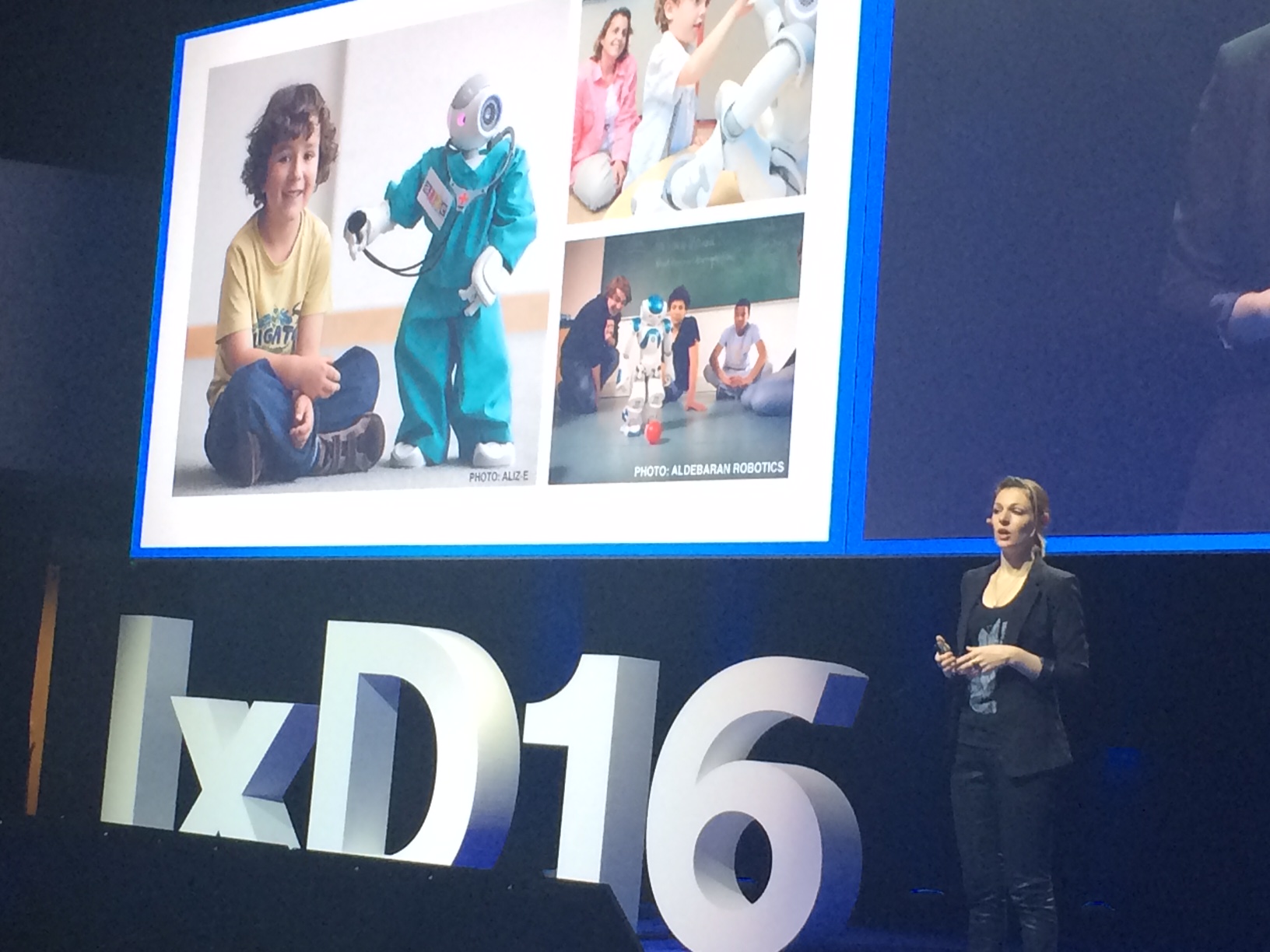 One of my favorite talks of the conference was Designing for Play - What Interaction Design Can Learn From Video Games by Chelsea Hostetter and Ahmed Riaz of frog Design. Being video game fanatics before they were interaction designers, they kept seeing many parallels between interaction design and video game design. During the talk they gave great hands-on tips on which principles from video games can be applied to interaction design, including Trial and Error and Co-op Multiplayer. We can choose to design the simplest path forward but in doing so we risk losing the joy of discovery and achievement, something that can be prevent with a Trial and Error approach.

Chelsea and Ahmed brilliantly demontrated the power of the Co-op Multiplayer principle by letting the audience play a co-op adventure game on their phones while Chelsea took the role of game master, reading the story from an ancient looking book. Everyone got involved in the quest of defeating the imposter monster, and it was a great illustration of how people get more motivated when solving tasks together. Plato was onto something when he said "You can learn more about a person in an hour of play than in a year of conversation", and interaction designers have a lot to learn from game designers. 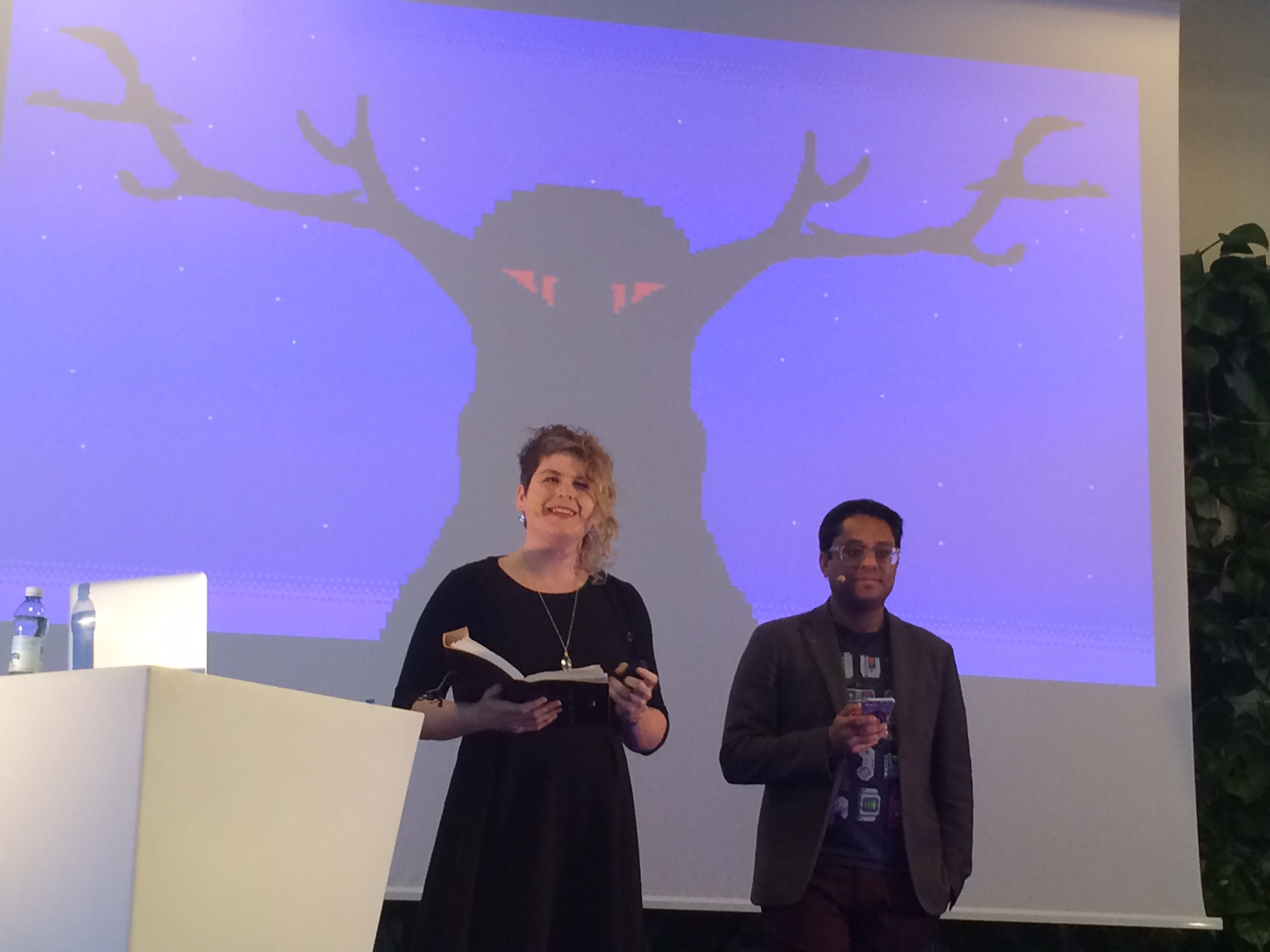 Josh Seiden, co-author of Lean UX, made a great case for hypothesis-driven development and empirical research in his talk Learning From Live Systems - A Design Approach for Behavior. By formulating your hypotheses early on, for example in a Risks Dashboard as shown below, you can visualize what it is you need to learn and go from there to launch services early to learn fast with little effort. For prototyping, it takes a lot less effort to manually simulate the interface by using the Wizard of Oz or Concierge MVP approach instead of actually building the entire backend. The backend of a Concierge MVP prototype doesn't have to be more complex than a trello board. 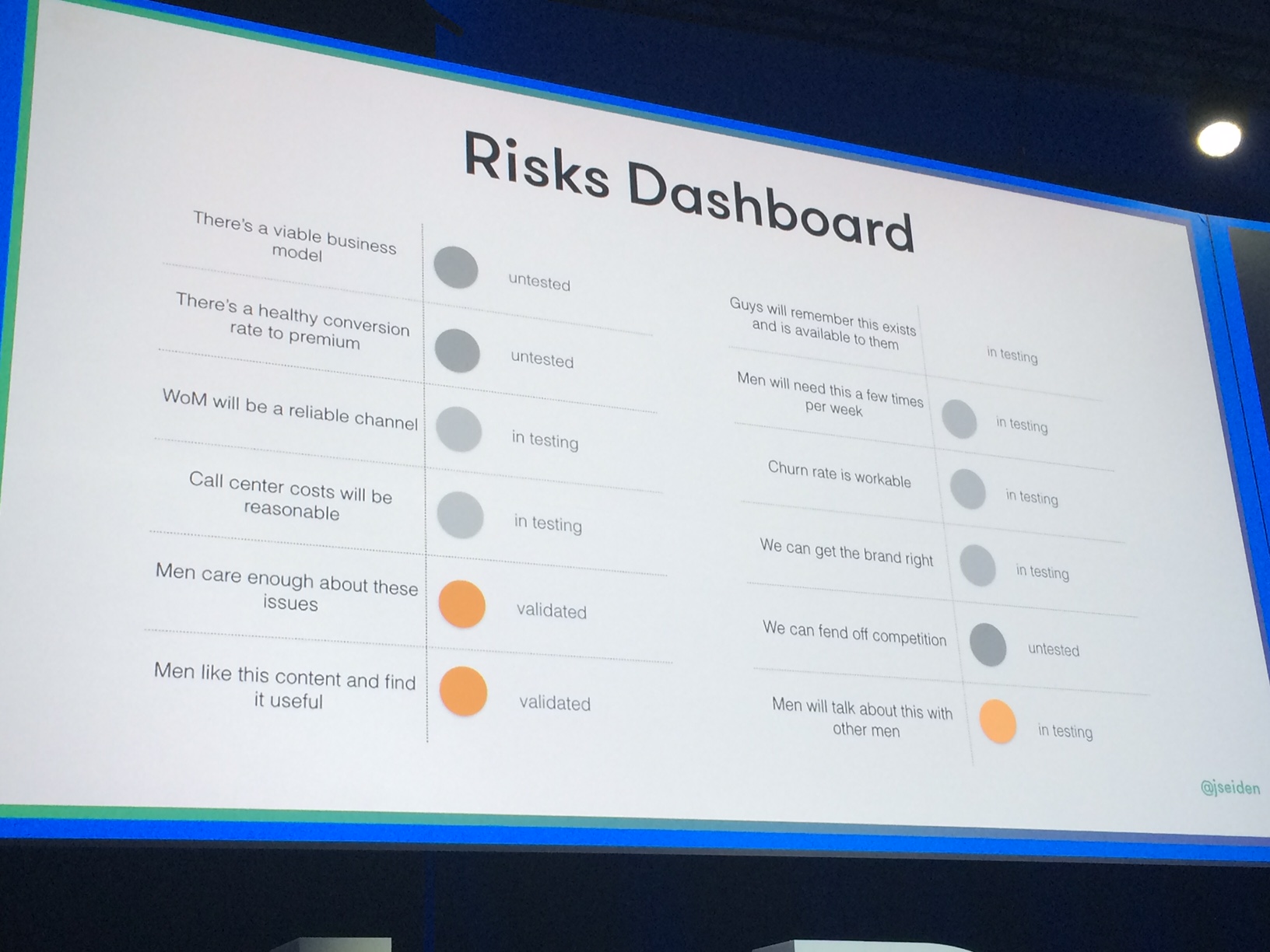 It's not often you get to listen to a keynote speaker with multiple death threats, but Cameron Sinclair has obviously managed to stir up some strong emotions during his work with humanitarian projects and post-disaster and post-conflict reconstruction programs. In his keynote Designing Life he told the story of how he realized that aid is a buiness, a 60 billion dollar business, and that he was provoked by how expensive it often is. "When I look at the UN and the aid they give, I see a competitor. Aid should not be that expensive, I want to beat them!"

One of the key points of Cameron's talk was that to create sustainable buildings we have to make them lovable. The same principle that applies to co-op games applies to participatory design, when you're invested in a project you become more passionate about it. When Cameron initiated a rogue project of building a school in a Jordan refugee camp for Syrians, he made sure to involve the Syrian refugees in the building process.

Involving the Syrian refugees was a strategy used to protect the project, since the UN would not be able to get away with destroying a school built by refugees, as well as make the school more lovable. Since the construction was also re-deployable, modular and self-built without electricity or water the Syrian refugees would be able to take the school with them when they left the camp and set it up elsewhere. 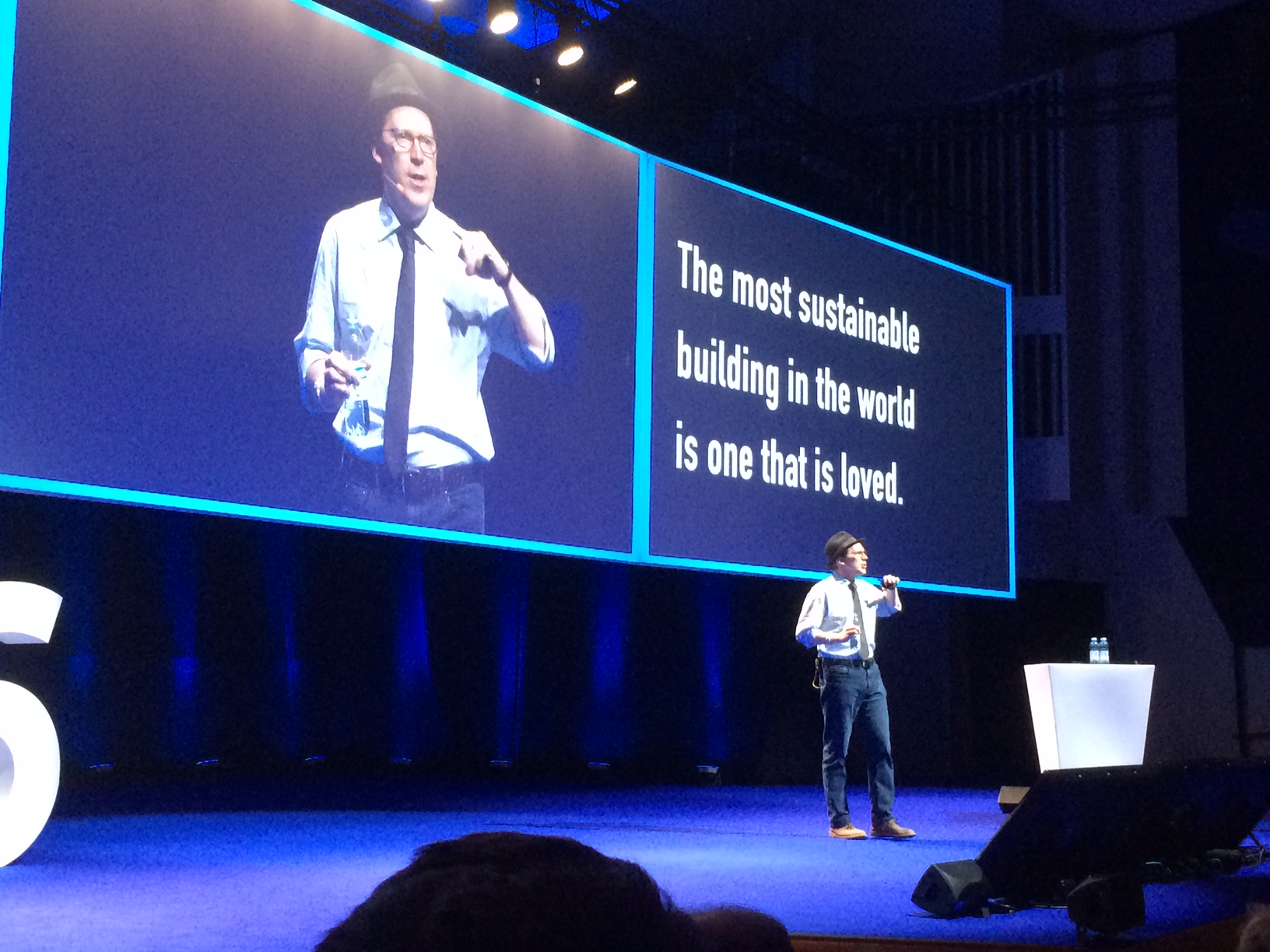 The conference ended in a spectacular party, featuring karaoke, where the winners of this year's IxDA Interaction Awards were announced. A wide range of great design was rewarded, and I was particularly happy that the student project ANNA - breathing assistant from the Umeå Institute of Design not only got the prize for Engaging but also for Best Student.  Wayfindr - Independent travel for blind people was also rewarded with duplicate awards, both Empowering and Best in Show. Both ANNA and Wayfindr are great examples of innovation sparked by special needs, and I hope that they in turn will work as inspiration for new and exciting products designed for life. 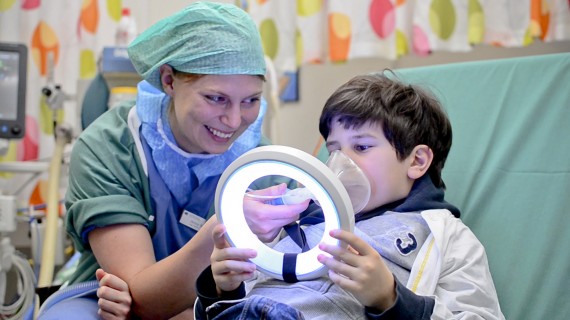 Next year's Interaction conference will take place in New York, hope to see you there!

PS. Want to know more about sustainable design? Join us in Stockholm 14-16 April at From Business to Buttons and learn what Patricia Moore, Jeff Veen, Susan Weinschenk and Al Gore have to say on the matter!