Our Director of Agile Development and Inclusive Design, Sara Lerén, has given a well appreciated talk at the UX in Libraries conference in Sheffield. She came home full of inspiration and here she passes it on to you!

When Andy Priestner first reached out and asked me if I would be interested in doing a keynote at the UX in Libraries conference, he initially thought I needed some convincing regarding the coolness of library people. Little did he know that no convincing was necessary, library people are one of my favorite kinds of people and some of the most exciting UX initiatives I've heard about have happened in libraries. Like that time when the National Library of Sweden used a Lean UX approach to build a new search function (Swedish).

I was also pleasantly surprised when I learned that the fourth edition of UXLibs was going to focus on the theme of Inclusive UX, and I had a great time preparing my keynote. It got me thinking about the summer of 1994 when I worked at the public library in Mölnlycke and spent a lot of time ridding magazines of racist leaflets that our local nazi skinheads had put there. It eventually turned into a talk called "Inclusive design – all about the extremes", and a great summary can be found at Ingela Wahlgren's blog (Swedish). 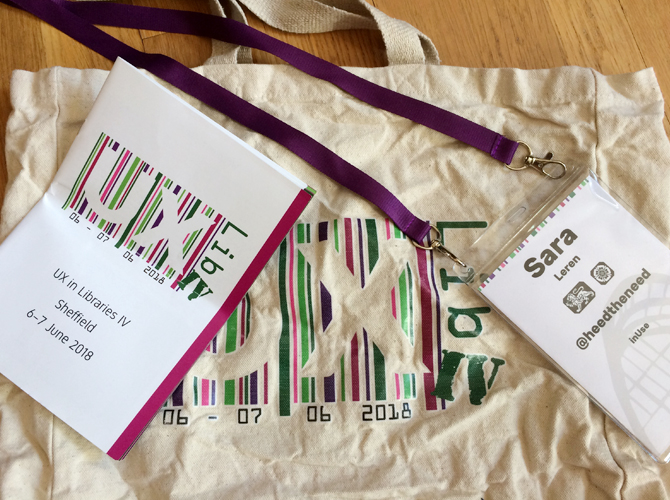 It's been almost three weeks since the UXLibs IV conference, and still various impressions from talks, workshops and other conversations keep popping up. The interaction that made the biggest impact on me was when Kit Heyam had finished his talk on creating trans-inclusive libraries and two different parents of trans children came up to give him their heartfelt thanks for raising awareness. It truly was an awesome talk, with a very pedagogical approach using storytelling and cuddly toys personas to explain how trans people can experience various interactions in a library. 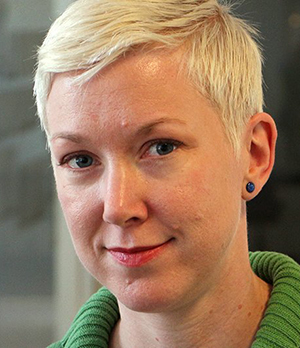 I also really enjoyed Ben Watson and Angela Groth-Seary's talk about the accessibility study they did at the University of Kent. Anyone who refers to Simon Sinek's Golden circle gets a gold star in my book since it's one of my favorite models, and they did a great job of explaining why they were doing the accessibility study to start with. It all had to do with trying to make things better, understanding barriers and understanding how students feel. "Putting in ramps and lifts to information", as Ben put it, is a great anaology for making information more accessible for people with print disabilities. They also shared one of the best quotes of the entire conference that came from one of their students:

"I am always telling non-disabled people that the best way to approach a disabled person is with the question "How can I help?". Because from that I know that you want to help, you don't know how to help, you trust me that I can explain and you don't have any preconceptions which can destroy the helping process."

Janine Bradbury's talk about navigating the library as a researcher of colour was the perfect way to round off a set of inspiring and thought provoking talks and workshops. By telling us about her own personal experiences of different libraries and showing a clip of Maya Angelou explaining how a library can be like a rainbow in the clouds, she made it clear that libraries as such have great potential for inclusion but that a great deal of decolonisation is still very much needed. At the end of her talk she gave some great book tips, I've started reading Between the world and me by Ta-Nehisi Coates and did not get far before I found another great quote:

"But race is the child of racism, not the father. And the process of naming 'the people' has never been a matter of genealogy and physigonomy so much as one of hierarchy."

Next on my summer reading list, thanks to Janine, are We should all be feminists by Chimamanda Ngozi Adichie and The collected autobiographies of Maya Angelou. I wish you all a great reading summer, and if you want to know more about the UXLibs conference be sure the check out the blog posts by Andy, Shelley Gullikson and of course Ingela's awesome ”konferensrapport” (Swedish)".